Perhaps because the interacted via a simulation it didn't seem real, thus her actions didn't seem as wrong. Or perhaps she chose solitude because she already was maladjusted. A holodeck simulation can give you anything you want exactly the way you want it. Getting used to that could hamper people's relationships with real people. With a holodeck character, everything goes as you want it, but a relationship with a real person takes some work and compromise.

Your holodeck lover won't mind if you're out every night at the bar with your friends, the holodeck lover is available for what you want 24 hours a day, 7 days a week, on your schedule. It would be surprising if more people didn't fall for holodeck characters.

Perhaps by the 24th century, they have become more sophisticated about relationships. For me this is a medium calibre episode; 2. I liked the intellectual aspect of the Marayna-Tuvok relationship. I thought Harry's jealousy was a not very plausible over reaction. The ending didn't do much for me.


Surprisingly pleasant outing with an ending that was pure Star Trek at its heart. The fact that it's a spiritual successor of sorts to the two mentioned TNG episodes albeit with a twist was a nice touch. The scene with Kim's jealous outburst bordered on juvenile and out of place as well as the scene with the aliens momentary overt-aggressiveness didn't hold much water. 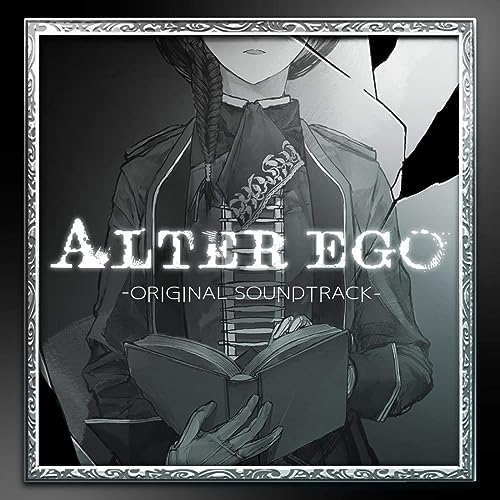 Otherwise it was lighthearted, affecting, and, when all was said and done, rather touching. The close up shots of Voyager inside the inverse nebula was absolutely gorgeous, too. Kudos to the SFX department. John C. Kirk: "Spock, you want to know something? Everybody's human. This one ended up being better than I predicted when I heard Harry claim he fell in love with a hologram and his reaction was to "purge all emotion"..

I thought Kes looked unhealthy and uncomfortable in her bathing suit. The ending was awesome. Solid Trek here. No mention of Libby then? The fiance that Harry apparently loves so much back on Earth. Although I suppose him prefering to get stranded on the other side of the galaxy with an ex-con rather than spend the rest of his life with her would kinda put a downer on the relationship.

If she is still waiting for him when they get back and we don't hear about her again either way I'd love to see him explain that the fell in love with a hologram. And a Borg. And the wrong twin. And an alien girl that makes your skin glow He must love Libby so much Possibly the very model of the middle of the road episode. It does nothing badly, does nothing spectacularly well, contains a bit of an unexpected twist, a bunch of good character moments, continues to put female crew members in swimsuits and has someone being strangled with a lei.

Having just watched this again, why didn't Kim just order up another Marayna? A twin sister. He's used to twins Hey look. A seemingly innocuous space phenomenon. Let's get up close because nothing ever happens to us when we get close to seemingly innocuous space phenomena. I thought it was a holodeck episode. Turns out it's just a repressed alien. I'm not seeing what others seem to enjoy about this episode.

It just comes off as more character assasination of Kim. And the rest is just rediculous. Akkadian Not much there to assasinate, really. Personally, I would prefer if they didn't add the twist with the alien and just ahd the episode be a characer drama with Tuvok and Kim. No need to add baddie of the week and "female stalkers are jsut misunderstood" trope. Good episode - of course plenty borrowed from other Trek episodes but it has its originality with the ending and how the phenomenon of sentience in the holodeck comes about - thought that was creative enough.

This is what sci-fi is all about. This episode actually reminded me of one of my favorite TOS episodes "Metamorphosis". The ending is well done in both episodes. My criticism would be of Wang's portrayal of Harry Kim - very wooden.

But I thought Russ's performance of Tuvok had a great deal of integrity to being a Vulcan. This is a good character episode and it tied the nebula phenomenon with the lonely alien story reasonably well.

Agree with Jammer that there's nothing earth-shaking here but it's a solid story with a nice ending and. Rates 3 stars for me. While not starting with the most thrilling set-up, this episode almost worked for me. Unlike many above, I don't think Harry's over-the-top reaction of wanting to purge all emotion because he had a crush is wholly ridiculous in context. And nor do I think his reaction to Tuvok playing kal-toh with Marayna is that extreme, either, because it seems at least partly clear that he was right about Tuvok -- just that Tuvok was unwilling to admit that he was intrigued by the holodeck character enough to feel mildly ashamed and to want to hide it.

The key is that they do think she's a holodeck character, and that makes the difference. Admittedly this episode drafts a little off , but I think it's important that people have certain expectations for holodeck programs, and are a little floored and taken aback when the holograms seem real enough to fall for. See how Minuet deeply surprises both Riker and Picard.

Surely a hastily-programmed extra in a resort couldn't be the charming, intelligent woman he sees when he looks at her, and so his emotions must be completely out of whack. I think that's also why Marayna is able to get past Tuvok's defenses early on. If some crew member started psychoanalyzing Tuvok, I think he'd be prepared for it; Marayna manages to find a way to pierce his mental protective shell, so to speak, by showing dazzling insight that she shouldn't have.

And yet she doesn't do anything that is impossible for a computer to do -- just unexpected -- and he finds himself intrigued, particularly by the "riding the waves of emotion, believing oneself in control but it being illusion" bit. There's a tension here between what is, I think, a real attraction -- not just to Marayna but to the very idea of actually confronting the limitations of his emotional control -- and the conscious knowledge that she is only a hologram, and thus nothing he experiences can be real. And so through Tuvok's insistence that he's totally under control to Harry and the way he violates the rules he sets up for Harry himself, we get the impression that Tuvok is both less fully controlled and also more driven by fears fear of exposure?

He's also lonelier, and he deals with that loneliness by isolating himself and attributing it to Vulcan discipline. The episode even uses Vorik, who not only seems very willing to participate in the program, but also seems to be ramping up to hit on B'Elanna more explicitly, to show that what Tuvok suggests is purely a matter of Vulcan philosophy is maybe more complicated and more about Tuvok himself. Harry's role in the episode is mostly to set Tuvok up, admittedly, but I think the way in which Tuvok treats Harry's problems and his suspicion that he's losing his mind at how real he finds Marayna tells us about how Tuvok chooses to believe in his own superiority as a way of avoiding genuinely dealing with his loneliness and alone-ness.

And then the episode goes Fatal Attraction. It's not convincing here because we only got one real moment between Tuvok and Marayna -- the big conversation the luau night -- along with the brief introduction scene and then a small moment the next day when Harry walks in on them kal-tohing.

clublavoute.ca/cydel-belvis-de-la.php It's a bit of a nightmare for Tuvok -- he lets his guard down just a touch, and then the woman comes at him and insists they have a real connection, and there's just enough truth in it to make it difficult. But she goes too far, too fast, and she just clearly makes herself seem delusional. If the episode had built it more slowly, and had allowed Tuvok a slightly greater indiscretion, something she could point to with more confidence Really the whole ship-in-jeopardy plot could have been excised and the episode would have been superior; I'd prefer it even if Marayna, say, stalled the ship to keep Tuvok nearby for longer.

But yes, the final moments between Tuvok and Marayna were lovely. I like the way Tuvok leaves implicit that her actions seemed delusional and dangerous, and then reasons from that not that there's something fundamentally wrong with Marayna as a person but that she has had her perspective warped and broken by loneliness. And her response to Tuvok was also lovely. Tuvok reaching out to Harry at the end is a moment I'm very fond of, too. The way kal-toh works in this episode is interesting; Tuvok plays it alone because he believes that no one else is his peer he doesn't even bother tying to ask Vorik , but he does end up jumping at the chance to play it with a holoprogram, as long as he can be assured she isn't real, and thus cannot be any threat to his carefully cultivated sense of solitude, which he uses to protect himself from feeling the full weight of the absence of his family.

There is an element of attraction to Marayna which is, we can be sure, not present with Harry, but the fact that he wanted that connection is something he could only find out by finding he wanted it with someone he believed he would be able to delete from his life at a moment's notice. The show didn't often do right by Harry, but I appreciate that Tuvok recognized that his almost mechanistic response to Harry's problem and his dismissiveness at the idea that Harry could have fallen for a holoprogram , as well as his smug dismissal of Harry being anything like his friend.